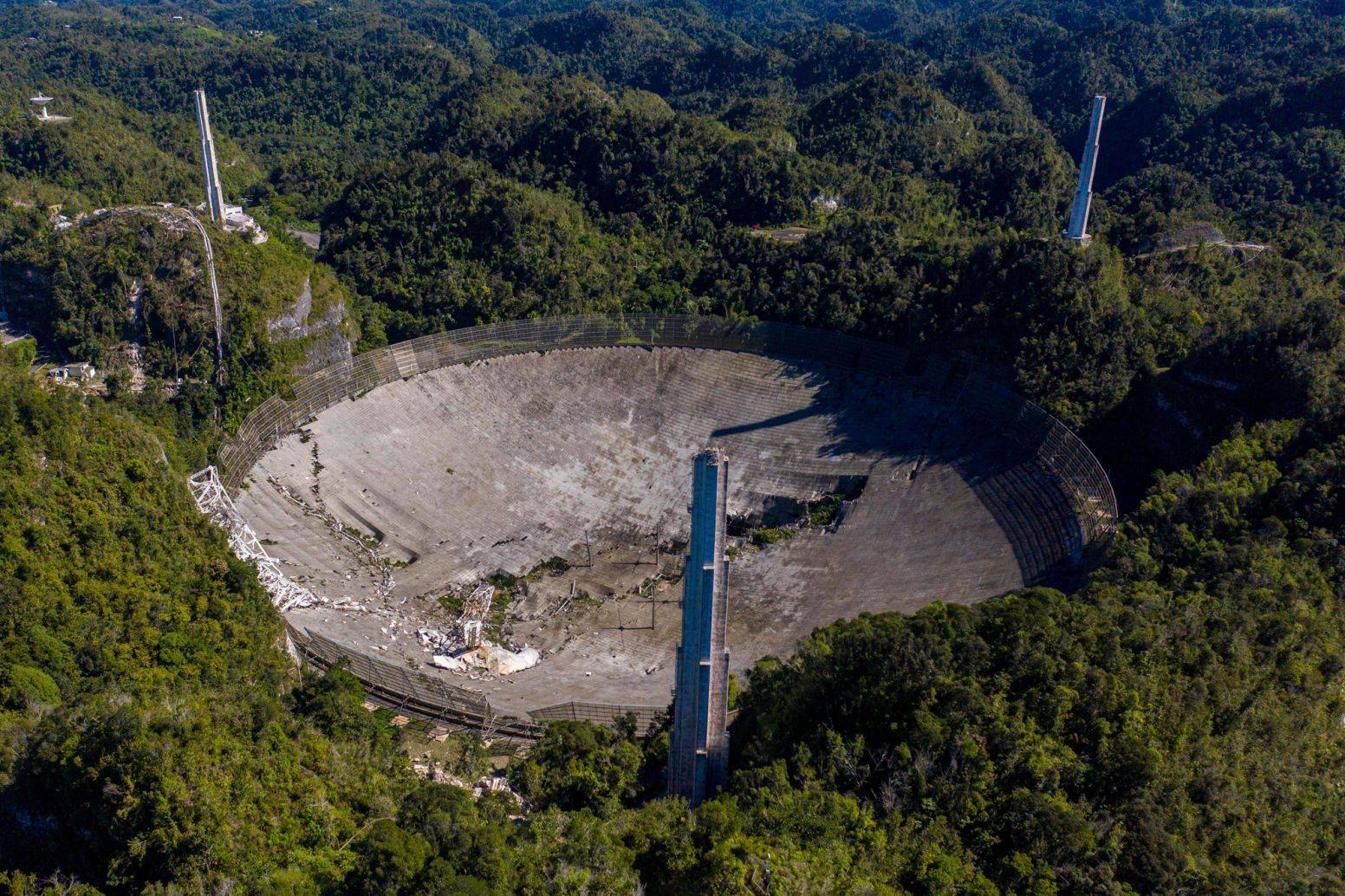 
An investigation underway into the collapse of the mythical Arecibo observatory in Puerto Rico suggests that a fault in the placement of one of the structure’s auxiliary cables could have contributed to its failure.

Arecibo collapse: a reminder of the facts

The science platform of the Arecibo telescope, which weighed 900 tons, was suspended above the vast radio dish by three dozen cables. Last August, one of these cables came out of its socket. Then, before it could be put back in place, a second cable collapsed. As a result, the US National Science Foundation (NSF), which owns the site, deemed the platform too unstable to be safely repaired. So she decided to put the structure out of service. The telescope finally collapsed on its own on December 1.

Since this incident, teams have been on site to clean up the most dangerous and unusable debris. They also have to deconstruct Arecibo’s huge reflecting antenna, which would measure 305 meters in diameter, which takes time. Teams also evaluate the different parts of this antenna to determine which ones can be saved. Finally, they systematically assess the potential historical significance of this debris in order to determine which must be preserved.

Two investigations are simultaneously underway to try to assess the causes of this collapse, at the request of the American congress. One of these surveys focuses on twelve auxiliary cables of the structure added in the 1990s, while the hanging dome (which distinguished the appearance of the telescope in the movie “Contact” from that seen in the movie “GoldenEye”) was installed.

The first cable to fail, once connected to one of the three support towers surrounding the antenna, was indeed one of those auxiliary cables.

This preliminary study revealed “the installation procedure”Of this cable had“not performed properly“, Which led to a“advanced degradation of this particular structural element“, Said the director of the observatory Francisco Cordova. The latter also recalls that the review is still ongoing. Also, these conclusions are not yet final.

In addition, “there is probably not just one factor, but a multitude of elements that contributed to this particular failure“, Continues the director. “Besides the age of the establishment, the last few years have been difficult for Puerto Rico ”. In 2017, Hurricane Maria hit the island and during 2020 it suffered over 10,000 earthquakes“.

The second survey focuses for the moment on the main cables, which are original (1960s). It is indeed one of these main cables that broke in November (the second to let go). The full results of this study should be known by the end of February.