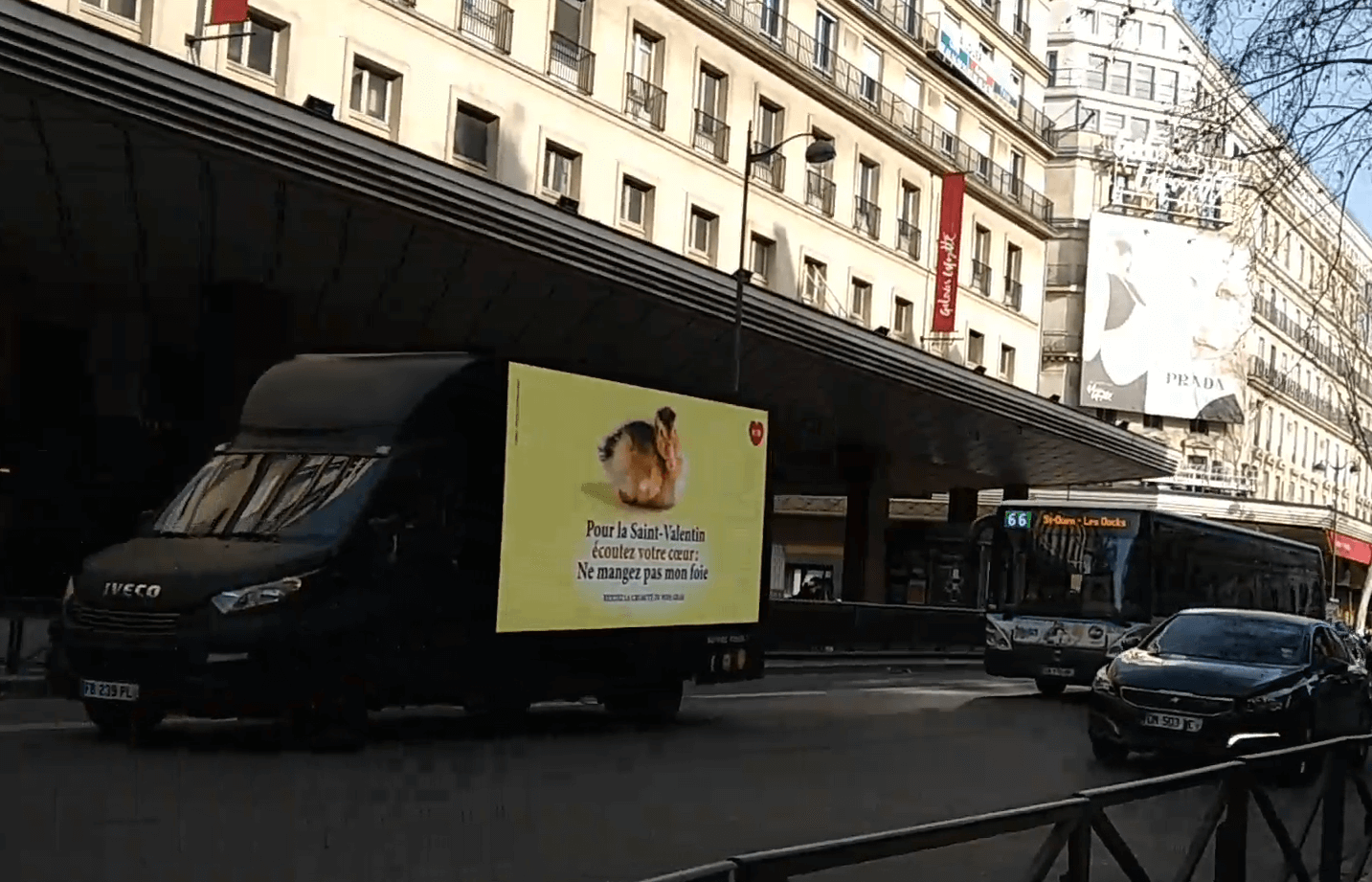 
On the occasion of the feast of lovers, PETA reminds that there is nothing romantic about foie gras and calls on couples to celebrate it with withpassion. From last Friday and until today, Sunday, traveling posters can be seen circulating on the Champs-Elysées, boulevard Haussmann, rue de Rivoli and other major axes of the capital, with the image of a duckling accompanied by the words ” For Valentine’s Day, listen to your heart: Don’t eat my liver. Reject the cruelty of foie gras “. 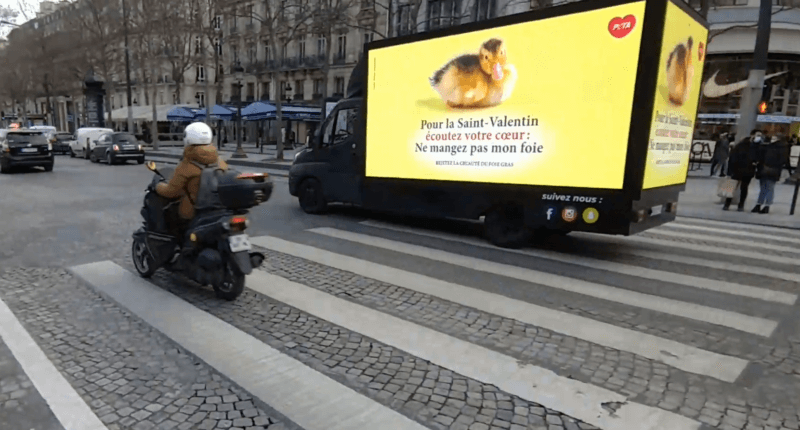 This campaign aims to make those who still eat fatty liver aware that it comes from an individual who was raised, mistreated and killed so that his distended and diseased organ could be consumed.

There is nothing romantic about suffering

Foie gras comes from geese and ducks doomed to a life of suffering, and who spend the last weeks of their life being force-fed: a metal tube is pushed deep into their throats several times a day through which immense quantities of porridge are poured.

Their liver distends to 10 times its normal size, compressing the lungs, and some birds gasp constantly while others are so sick that they can no longer stand. This method is so cruel that many countries prohibit it and the European Union recommends “to end the force-feeding of ducks and geese, and this could be best achieved through the ban on production, the import, distribution and sale of foie gras ”.

In addition to being particularly cruel, foie gras is also a problematic product from a health point of view. Each year around 40 million ducks and geese are reared for the production of foie gras in the EU. Most are confined in tiny wire cages for the last two weeks of their life when they will be force-fed – and some of these birds die in the process. This promiscuity and the weakness of the animals favor the emergence of diseases and epidemics. France is currently ravaged by avian flu which is spreading rapidly in our territory, and has resulted in the slaughter of more than 200,000 ducks (with 400,000 additional individuals in the process of being so), showing us once again that the animal exploitation is linked to serious health risks.

Act with your heart

Foie gras, which involves the violent force-feeding of geese and ducks deliberately sickened and then slaughtered, has no place on our plate, let alone at a candlelight dinner supposed to celebrate love. This poster is a message of compassion conveyed on the occasion of the feast of Valentine’s Day for the millions of palmipeds confined, abused and exploited for the production of foie gras – let us listen to our hearts and reject this cruel product.

Take action for the ducks of France by sharing this message of compassion towards animals: