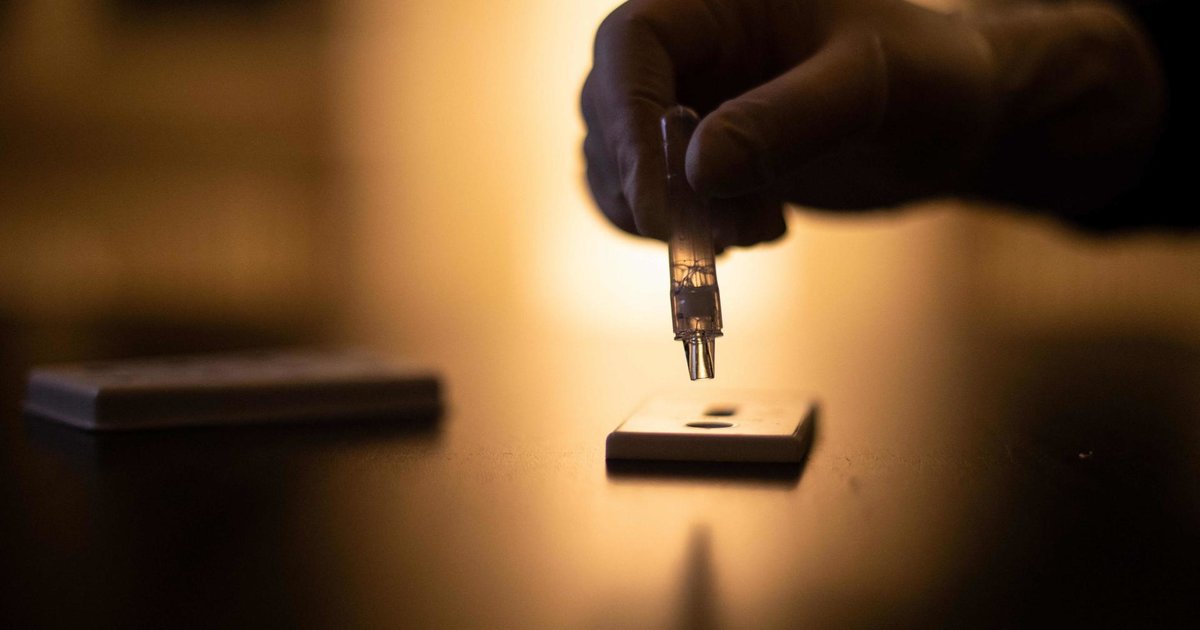 “Neither conspirators. nor reassurance. Realistic. ” With its reasonable slogan, the sky blue of its banner and its section reserved for doctors and health professionals, we could take the website Réinfocovid.fr for an emanation of the health authorities. The address is also shared widely on social networks, including by doctors.

Read also: In Switzerland, anti-vaccine caregivers are stepping up to the plate

However, the platform is neither official nor scientific. The term “re-inform” also gives clues to its positioning: it is a tool launched by a group of people working in the health sector, in opposition to the policy to combat Covid-19, and which diffuse an alternative thought on the subject. With a major observation: “French society is imposed a panel of security measures, the result of a unilateral and pyramidal decision-making process, ignoring any consultation or participatory reflection. However, some of these measures turn out to be devoid of any justification, their validity resisting neither the rigorous study of the current epidemiological context, nor the simplest pragmatism. ”

The site therefore offers, pell-mell, editorials, videos, articles … On an epidemiological chart, returns home are highlighted in the same way as deaths. An unsigned text with a poetic feel urges readers to “find the path that leads to the other”. So far, nothing to report. What poses a problem are the so-called “scientific” documents, which muddy the waters and can prove to be dangerous. At the beginning of the year, Réinfocovid.fr published a protocol for treating patients with covid, based in particular on zinc and vitamin D. The document is no longer online, and for good reason: the Order of Physicians has seized the health authorities who opened an investigation, reported last February The world.

Other documents, still distributed by this collective on its site, in turn raise questions. This is called a “concept note” on vaccines. The general impression, from reading it, is that the risks involved in getting vaccinated seem high. This summary, however, mixes accurate information and intoxication, notes Alessandro Diana, pediatric infectious disease specialist at the Clinique des Grangettes, in Geneva. That on the Pfizer vaccine notes, for example, that there is “no efficacy shown for the prevention of serious forms with hospitalization”. “False,” notes Alessandro Diana. On the other hand, they put effectiveness not studied in people of less than 16 years, it is partly true since the studies are in progress, we await the results. “

“Regarding the risks of anaphylactic shock,” he continues, “it is also fair, but it is a bit dated – with now 400 million vaccinated in the world, we have more perspective on allergic reactions, which are rare, from 2 to 3 in 1 million. ” Last point noted by the doctor, about the effect of the vaccine on autoimmune diseases: “With five months of hindsight, pharmacovigilance shows that it has no impact.”

Who wrote this document? On Réinfocovid.fr, no list of names is circulating. But in the media, Louis Fouché, anesthetist-resuscitator at the Hôpital de la Conception in Marseille, says he was behind the project. On the site, he is also in the spotlight in several videos where he discusses the excesses of this “epidemic of fear”. Nearly 20,000 people have joined this collective, including in Switzerland, where a Réinfo Covid branch is displayed via the collective-sante.ch site. We find Astrid Stuckelberger and Delphine Héritier de Barros, well known to skeptical spheres in the face of the pandemic. The first, who holds a doctorate at the University of Geneva, has worked on aging for a long time, and has been self-proclaimed an expert on covid for several months. The second is a naturopath by trade.

Despite several messages sent to their site’s e-mail, neither of them wanted to answer our questions. It is not surprising: in this motley galaxy, the media are sharply criticized and accused of relaying alarmist and ultra-secure information without thinking. They are not the only people in Switzerland to join Réinfo Covid: the collective “Let the doctors prescribe”, which is also part of the supporters, includes several dozen signatories who are anesthesiologists, radiologists, doctors, psychiatrists or Swiss gynecologists. Their credo: good prevention based on zinc and vitamins in particular can help avoid complications following a coronavirus infection.

“Help! cries Alessandro Diana. Yes for a healthy lifestyle, yes for vitamins, but that does not prevent complications. As for azithromycin and hydrochloroquine, the benefits of which they tout, studies with a standard have clearly demonstrated their ineffectiveness. “

These scientific errors and approximations, however, find echo within a population tired of restrictions. On Saturday March 20, the Réinfo Covid collective is organizing several demonstrations against health policy in France, Nice and Paris, but also in Switzerland, in Bern. How representative is the movement of opinion? “We are talking about a microphenomenon, but the communication of which is so effective that it gives the impression of being very broad,” explains Michel Dubois, sociologist at the French National Center for Scientific Research (CNRS), who has worked a lot on these groups since the start of the pandemic. Of course there are a number of untruths on this Réinfocovid.fr site, but at the same time there is a real attempt to organize a second opinion, which has been rejected for too long by the executive. “

Of course there are a number of untruths on this Réinfocovid.fr site, but at the same time there is a real attempt to organize a second opinion, which has been rejected for too long by the executive.

In short: apart from a few extreme and violent words, from well-identified people, the questions asked by platforms like Réinfocovid.fr are legitimate, believes the scientist. “Vaccination hesitation, for example, is relayed by the doctors themselves and this, more frequently than we think,” indicates Michel Dubois, who quotes an article published in 2020 in the French journal of sociology. So this is not new, and it is normal, because it is not unhealthy to doubt. “

Faced with platforms like Réinfocovid.fr, specialists would therefore like to promote other, more reliable sources of information. But apart from the media, or the website of the Federal Office of Public Health, difficult to find …