A disease detector as powerful as a dog’s nose! 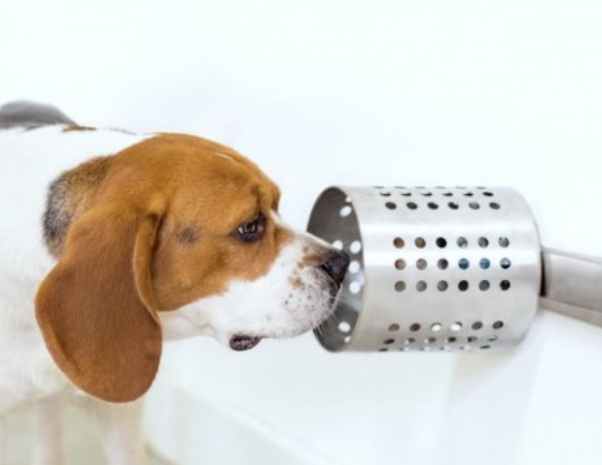 US researchers recently claimed to have developed a system that can rival the performance of man’s best friend truffle. Their disease detector succeeds in interpreting odors with an efficiency similar to that of dogs.

In July 2020, German researchers said they had trained tracker dogs for the detection of the SARS-CoV-2 coronavirus using more than a thousand saliva samples. However, the success rate was 94%. A French project also advanced a similar success rate. In their study published in the journal Plos One, researchers from MIT (United States) claimed to have developed a system capable of compete with olfactory abilities of the truffle of dogs. But what is the point of automating the capabilities of dogs with an automatic disease detector? In reality, training these animals takes some time and the numbers are ultimately quite limited.

The MIT team explains that their system is sensitive to chemical and microbial content of an air sample. Integrating mammalian olfactory receptors acting as sensors after stabilization, this detector processes the data in real time. Algorithms trained via machine learning then take care of detect the first signs of illness.

The road is still very long

For scientists, the challenge is great: to interpret smells like dogs. They thus carried out tests with sniffer dogs and their system. They then obtained similar success rates at more than 70% with urine samples from people with prostate cancer. According to the researchers, the disease detector is two hundred times more sensitive than the dog’s nose, but also “100% dumber” concerning interpretation of the results.

In order to improve the interpretation of the results, project managers rely on machine learning. However, the hope is immense: and if the system could itself find the models that the dogs have already identifieds unlike humans? It should be remembered, however, that when we analyze samples from patients with different cancers with our best means, we do not find anything comparable to what dogs detect. Dogs therefore perceive things that still escape us. They don’t know anything about chemistry and just exploit a sensation.

There is still a long way to go before MIT’s disease detector becomes fully effective. Another point could slow down searches. Artificial intelligence could sometimes receive samples deemed negative by laboratories that have not detected the presence of cancer at an early stage. The system could then take this for granted and would not change in terms of performance.