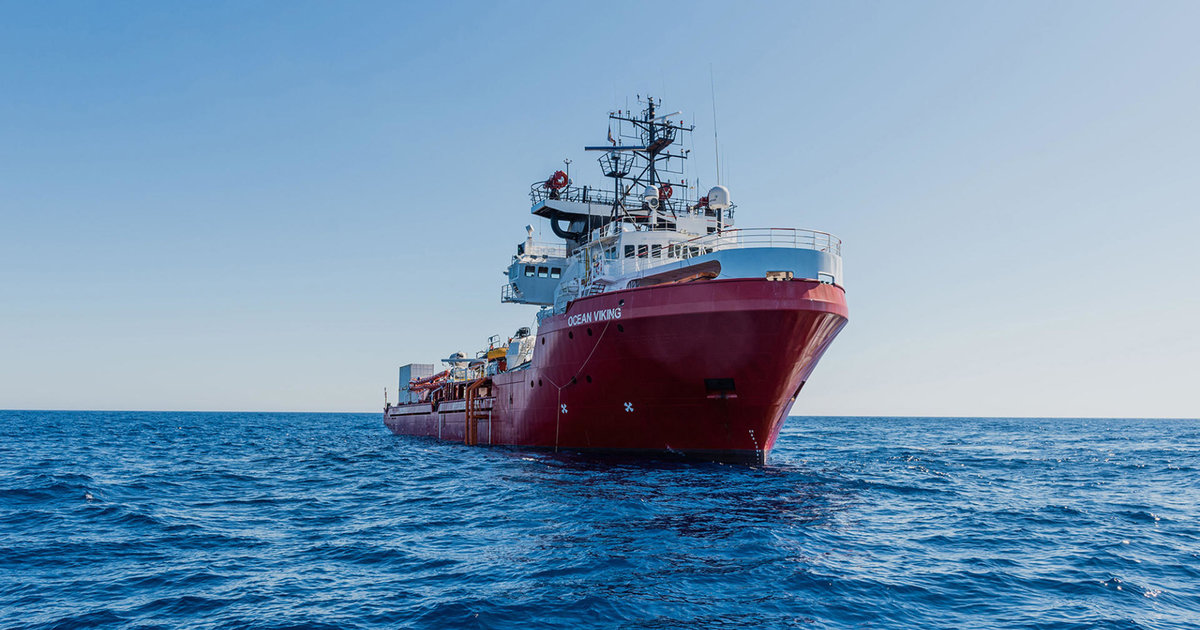 The NGO SOS Méditerranée said Thursday that it had spotted a dozen bodies off the coast of Libya near an overturned inflatable boat which had been reported in distress with around 130 people on board.

SOS Méditerranée was warned on Tuesday by Alarm Phone, a structure of volunteers which alerts on cases of migrants in difficulty, of the presence of three boats in international waters off Libya.

Read also: Caroline Abu Sa’Da: “We have nothing to hide about the rescues of migrants”

The NGO Ocean Viking ship based in Marseille (South-East of France), as well as three merchant ships, went to the area in difficult conditions with waves of six meters. A merchant ship first spotted three bodies and then an aircraft from Frontex, the European border surveillance agency, located the wreckage of an inflatable boat.

“Since our arrival there today, we have not found any survivors although we have been able to see at least ten bodies near the wreckage,” Luisa Albera, search and rescue coordinator at board of the Ocean Viking.

“There is no longer any hope of finding survivors,” Emmanuelle Chaze, a French journalist on board the NGO’s humanitarian ship, told Agence France Presse (AFP), reached by telephone.

Read the opinion: How migrants became a commodity

“If the boat capsized last night in the weather conditions there was, there’s no way anyone survived. We came across a lot of corpses, ”she added.

Fear of new departures and shipwrecks

Last week, the United Nations High Commissioner for Refugees (UNHCR) and the International Organization for Migration (IOM) announced that the bodies of 41 migrants, including at least one child, had been recovered after the sinking of their makeshift boat off the Tunisian coast.

And the crew of the Ocean Viking specifies that they also searched on Wednesday, without success, for a wooden boat in distress with about 40 people on board.

To continue reading: Frontex, target of an investigation after accusations of refoulements

The weather conditions should improve in the coming days and the vessel will remain in the area. “We fear new starts,” said Emmanuelle Chaze.

At least 453 migrants have died since January 1, 2021 in the Mediterranean, mainly on this central route from Tunisia and Libya, according to the IOM.