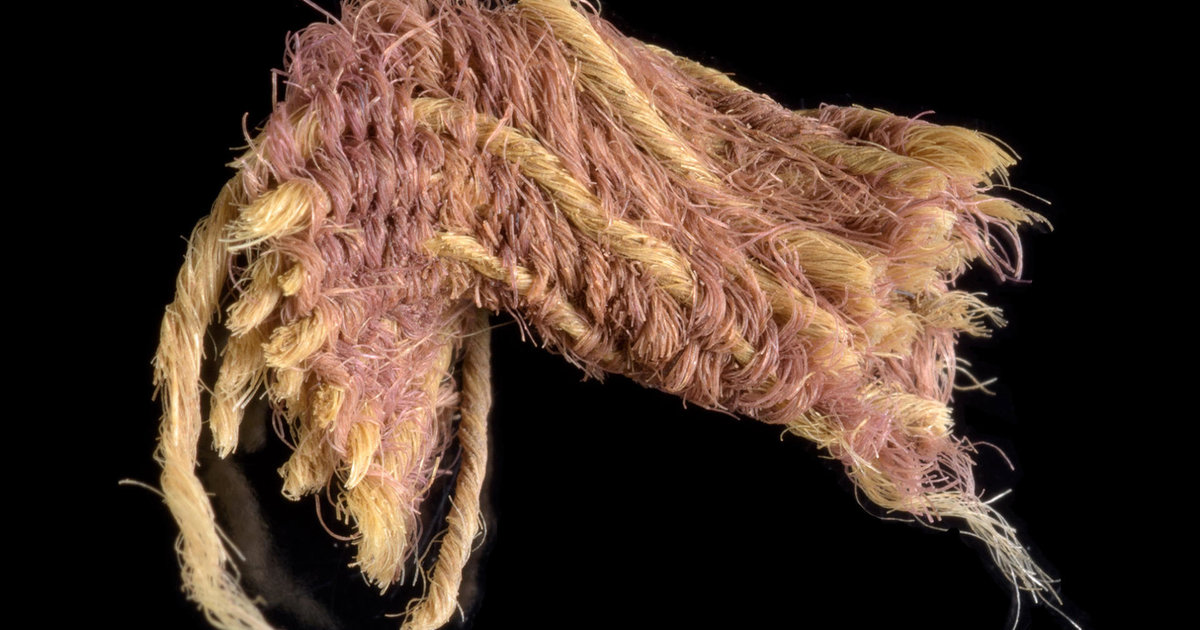 Fragments of purple textiles found in Timna were unveiled this week in Israel. They provide insight into the wealth of the people in the area during the biblical times of Kings David and Solomon, researchers say.

The remains of purple-dyed cloth were found during archaeological excavations in the Timna Valley, a former copper production site in southern Israel, the Israel Antiquities Authority (AIA) said in a joint statement with the Universities of Tel Aviv and Bar Ilan (center). “This is the first time that textiles dyed purple and dating from the Iron Age have been found in Israel and the Levant,” the statement said. Radiocarbon dating makes it possible to date these fibers to around 1000 years before our era, i.e. at the time of the reign of Kings David and Solomon according to the Bible, he continues. “In antiquity, purple clothing was associated with nobility, priests, and of course royalty,” says Dr. Naama Sukenik, curator at AIA.

“The magnificent purple hue, the fact that it does not fade and the difficulty in producing this dye, which is found in tiny amounts in the bodies of small mollusks,” made royal purple a prestigious dye that “cost often more expensive than gold, ”she emphasizes.

Until now, only mollusc shells and pottery with stains of dye, attesting to the purple industry, had been unearthed. “For the first time, we have direct evidence, fabrics that have been dyed and stored for 3000 years,” Ms. Sukenik enthuses.

For Professor Erez Ben-Yosef, of the Archeology Department at Tel Aviv University, these finds in Timna allow us to learn more about the kingdom of Edom, populated by nomadic tribes, and which bordered the kingdom of ‘Israel in the south. “The new findings strengthen our hypothesis that there was an elite in Timna, attesting to a stratified society,” he says. And they could, according to him, revolutionize ideas about Nomads in the Iron Age, “capable of creating a complex socio-political structure”.