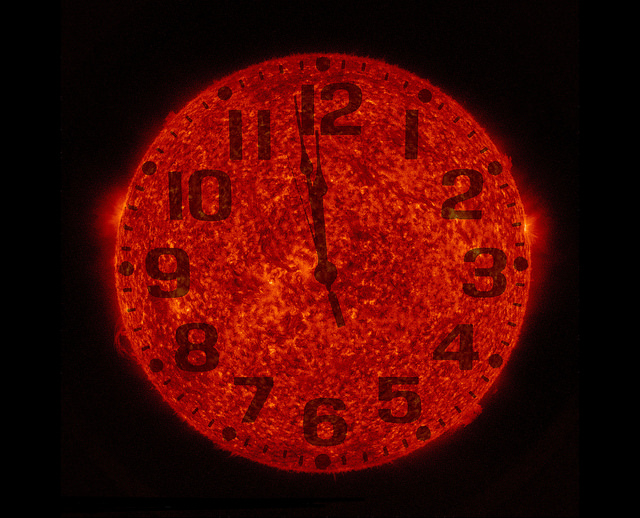 
Just like last year, we’re a hundred seconds to midnight on the apocalypse clock. This schedule was maintained on Wednesday due to the ineffectiveness of governments in managing the pandemic, a sign of their unpreparedness in the face of nuclear and climate threats.

The Doomsday Clock is a concept created in 1947, just after the start of the Cold War. Concretely, on this fictitious clock, midnight represents the end of the world. Since then, every year, a group of NGO experts, made up of thirteen Nobel Prize winners, adjusts the time displayed in order to reflect the state of threats to humanity.

Note that while at the beginning only the nuclear risks inherent in the strained relations between the United States and the Soviet Union were discussed, other forms of risk have been considered for several decades.

The clock is ticking …

Two years ago, this famous “clock at the end of the world” displayed 11:58 pm. To justify their point of view, the researchers then referred to tensions between the United States and Russia, unresolved issues with North Korea, President Trump’s decision to abandon the nuclear deal with Iran or again the climate emergency facing which we are more than ever confronted.

Last year, this group of experts decided to advance the time by twenty seconds, thus fixing us at only one hundred seconds of midnight. The previous threats, which appeared to be a “simple anomaly”, did indeed present themselves as a seemingly enduring reality. The researchers had also evoked the war of disinformation or the development of artificial intelligence systems and increasingly powerful and sophisticated hypersonic weapons.

For this year 2020, the clock time remains unchanged. To justify this dangerous “on-site” of humanity, researchers evoke the mismanagement of the deadly pandemic which highlights the fact that “national governments and other international organizations are ill-prepared to deal with threats from nuclear weapons and climate change that could truly end civilization“.

“Wake up !Jerry Brown, former governor of California and current chairman of the board of the Bulletin of the Atomic Scientists, told the heads of state of the great powers.

“The United States, Russia and the world nuclear powers must stop yelling at each other. It is time to eliminate nuclear weapons, not build more. Likewise for climate change: the United States, China, and other major countries must seriously tackle deadly carbon emissions … now“, He also underlined.

Among the recommendations, the group of experts urges the American and Russian presidents to extend as far as possible in time the terms of the New Start agreement on the limitation of nuclear armaments of the two countries. Experts also encourage the United States to pledge not to use a nuclear weapon first in a conflict and to persuade its allies and rivals to do the same.